How one Bendigo restaurant is supporting Indigenous entrepreneurs 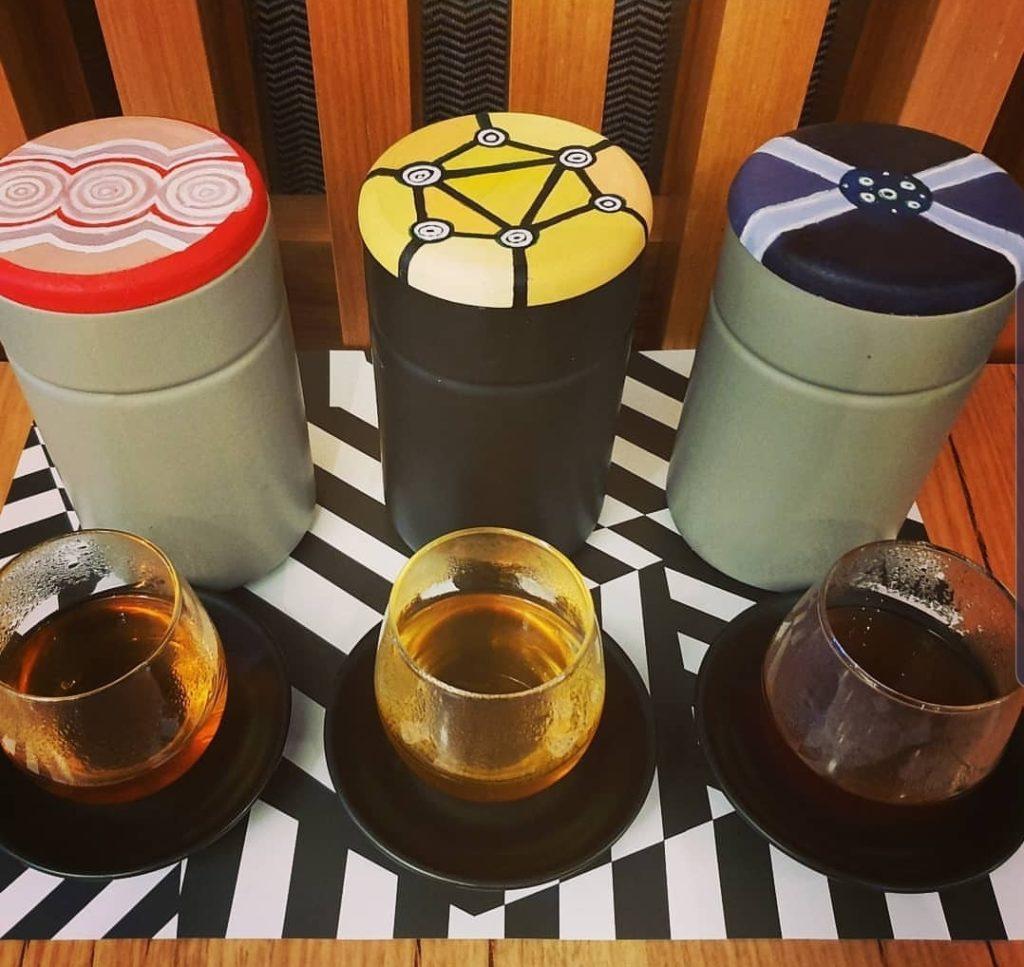 As Sonia Anthony pours the tea, misty whorls rise. The scent is intoxicating – rich, spicy and earthy – and undeniably Australian. Sonia puts the lid, with its striking indigenous design, back on the canister. “This is the chai, which is blended with native wattleseed and pepperberry,” she says. “It’s the most popular of the range.”

The range that Sonia is referring to is a new collection of teas named ‘Dja Wonmuruk’, a line of bush tucker infusions created by young Dja Dja Wurrung entrepreneur Sharlee Dunolly-Lee and her mentors Aunty Julie McHale and Kathryn Coff. Dja Wonmuruk translates to ‘yes tea’ and Sonia, a chef and owner of the renowned restaurant Masons of Bendigo, said ‘yes’ to the tea initiative from the beginning.

“Aunty Julie was speaking to me about wanting to teach a young Indigenous person how to make teas using native botanicals,” Sonia says. “I loved the idea immediately. To be honest, I haven’t played a big part in the product development, but I knew that Masons could provide an opportunity for the teas to reach a wide audience. We launched the teas at the restaurant and people absolutely loved the flavours and connected with the idea behind it.”

The greater Bendigo region (stretching from the Macedon Ranges in the south to the Murray River in the north) has been designated Australia’s first UNESCO City of Gastronomy. The area covers the cultural lands of the Dja Dja Wurrung and other traditional owners. “Australia is home to the world’s oldest living culture and these teas create a living legacy of bush tucker flavours,” says Aunty Julie. “It’s a chance for aboriginal skills and knowledge to be used and passed down.”

The taste of the Australian bush is captured beautifully in the Dja Wonmuruk teas. There’s the peppery chai, river mint black tea and a slightly smoky green tea with lemon myrtle, ginger and native lemongrass. “Not everyone realises that we have a native ginger – red back ginger – and it works beautifully with lemon myrtle,” says Aunty Julie.

Aunty Julie has a verdant bush tucker garden surrounding her home in central Victoria, with around 80 native edible plants. “I’m very much a self-taught gardener, and while I don’t grow commercial quantities, I had enough to start experimenting with different flavours,” she says. “We had a lot of fun working out which combinations we thought were going to be the best.”

For Sonia, supporting aboriginal mentors and entrepreneurs like Aunty Julie and Sharlee gives the general Australian population a chance to taste Indigenous flavours, but is also an opportunity to encourage micro businesses that have a strong cultural connection. “While I’m offering my restaurant and food knowledge, this is a chance for Sharlee to put herself out there and lead the way,” says Sonia.

Helping develop the teas is just one way that Aunty Julie gives back to the indigenous community. She is a co-founder of Murnong Mammas, an aboriginal-run catering service as well as a key member working on a grant to develop an extensive bush tucker garden in Harcourt.

“Aboriginal people have understood this land and its plants for thousands of years. There’s more to bush tucker than just the food,” says Aunty Julie. “There’s a whole culture and knowledge system that goes with it. And these teas give you a little taste of the history, knowledge and flavours of Australia.”

2 Comments on "How one Bendigo restaurant is supporting Indigenous entrepreneurs"