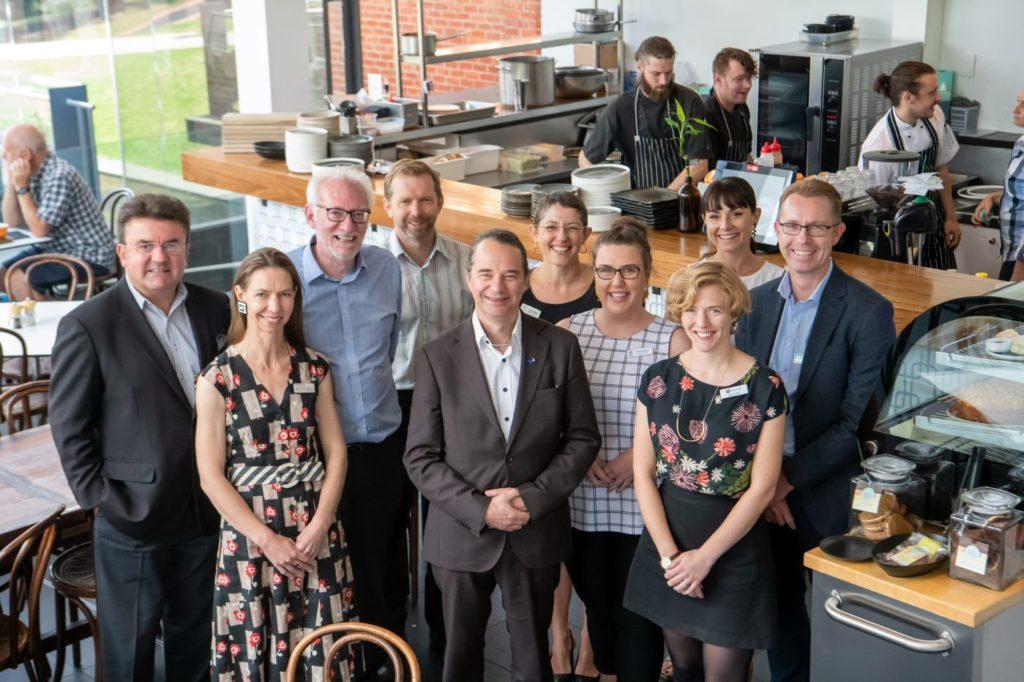 What do a small city in the middle of Sweden and the City of Greater Bendigo have in common? Not a lot in terms of climate, landscape and history – but plenty when it comes to gastronomy, creativity and hopes for the future.

Bendigo’s connection with Östersund – a city of around 50,000 people, 550km from the Swedish capital Stockholm – began back in March 2018 with an email to Dag Hartman and Christina Hedin, who had been recommended to us as experts in what it means to be a UNESCO Creative City of Gastronomy. Encouraging emails turned into carefully scheduled Skype meetings (negotiating time differences while trying to keep within ‘office hours’), and then, in September 2018, a (self-funded) visit by Trevor Budge (manager of Regional Sustainable Development at the City of Greater Bendigo) to the city of Östersund to better understand what being a UNESCO Creative City meant for the community and the region.

After an action-packed few days of food, meetings and conversations, Trevor left Östersund with a clear sense of how City of Gastronomy recognition could be transformational for a city – particularly a smaller regional city – and inspired by the work being done to promote local, healthy and sustainable food.

Throughout the process of preparing Bendigo’s application to join the UCCN, we were buoyed by the support and enthusiasm of Dag Hartman, who we kept in touch with regularly, and who even visited Bendigo in May 2019 to meet with regional leaders and our own gastronomy experts. As Östersund has been in the UCCN for 10 years – and hosted the annual meeting of all the cities in the Network in 2016 – Dag had many insights to share and knowledge to impart as we worked together as a community to develop our bid.

When Bendigo and the region was officially recognised by UNESCO in late October 2019, we were delighted to share this with Östersund and discuss ways we could now work together as sister cities of gastronomy. We were lucky enough to have Dag appointed as our official mentor as a new city in the Network, and he visited us in February 2020 as we began working to define our four-year plan for achieving the goals set out in our application.

One of the most exciting ideas to come out of our ongoing connection is an investigation into how we can improve education in food, hospitality and tourism across our region – learning from the experiences of Eldrimner, the Swedish National Centre for Artisan Food, located just outside Östersund. The report ‘Learning from Eldrimner’ explores the models used in Sweden and how they might be transferred to Central Victoria, building on our new reputation as a UNESCO City of Gastronomy and the recent explosion of small-scale, niche and artisanal produce in the region.

Although Eldrimner is in a small regional city, it has risen to prominence and is now the national centre for education in artisanal food – why not create something similar here? This link with Östersund is just one of many exciting connections that has emerged out of our work to become a UNESCO Creative City.

We are in regular contact with our friends in Sweden – sharing photos and updates about the (very different!) weather we’re having. While we swelter through heatwaves, the inhabitants of Östersund are driving across frozen lakes…although increasingly Winters are growing milder and the impacts of climate change are affecting the environment in unexpected ways. For example, reindeer are experts at clearing away snow from the ground to get to the plants they need to eat – but now the snow keeps melting and re-freezing (due to warmer weather) and the reindeer can’t get through the icy layers covering their food. This means the reindeer have to be fed by hand, a new and difficult situation.

We may have different problems to face – in the Bendigo region it might be extreme heat and lack of water, while in Östersund it might be less snow and more rain – but both cities and regions are working to become more resilient and self-sufficient as we tackle the effects of climate change, and, more recently, COVID-19. While we are physically distant – and in many ways different – there are so many things that we share and things we can learn from each other.

0 Comments on "Östersund and Bendigo: a creative foodie friendship"